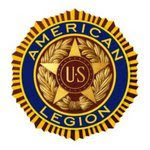 This site is maintained by the Hellertown American Legion Post 397

Department of Pennsylvania.Pennsylvania is the largest Department in the American Legion, with almost 250,000 members strong.

The American Legion is an organization that is vested in America, veterans and their families.

The American Legion is a powerful voice in Washington dedicated to preserving the rights we have earned for veterans since the Legion’s beginning in 1919.
WE ARE STILL SERVING AMERICA.

Post 397 is back in operation at 935 Main Street, Hellertown.
The Social area is open and the Post is having meetings in the meeting room. You are welcome to visit the Post Home.

On December 23rd Crazy Heart will be playing in the ball room
The cost will be $15.00 a person 7.00 PM  doors will open, There will be chips & and pretzels
Posted by Hellertown American Legion at 11:40 AM 1 comment:

Christmas at the Legion

Christmas at the Legion

December 10th at 6 PM
Open invite to our members and their guests come celebrate the holidays with us
The Legion will start the night off with roast, potatoes, gravy, and more.
We ask everyone to contribute with your favorite Christmas dinner side dish .
There is a sign up sheet at the bar .

Posted by Hellertown American Legion at 11:19 AM No comments:

Memorial Day was originally created to honor Union soldiers who died while fighting in the Civil War?  that's why southern states did not observe Memorial Day until after World War I when the holiday was expanded to include servicemembers from all wars.

...it was founded by a veteran? In 1868, Gen. John A. Logan, the commander- in- chief of a Union veterans group, the Grand Army of the Republic, issued a decree calling for May 30 to be a national day of commemoration for fallen servicemembers.

...There's a minute to remember?  Under a 2000 law passed by congress, Americans should observe a "National Moment of Remembrance," pausing for one minute at 3p.m. on Memorial Day to honor fallen servicemembers.

The next post meeting for Post 397 is on Dec19th, 2016 starting at 7:00 PM. The meeting will be at the Post Home. I hope that you can attend this meeting,we have important business to take care of.

On May 29th, the Post had its Memorial Day service at Union Cemetery at 2:00. Preceding the service, the Post Honor Squad will visit ten cemeteries (starting at 7:30 a.m.) in order to perform  military honors for the fallen veterans. Everyone will meet up at the post home around 7:00 a.m.
Posted by Hellertown American Legion at 12:43 PM No comments:

About the Hellertown American Legion 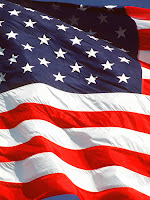 Membership in the American Legion offers many benefits that include involvement in community programs, a voice in Washington, investment in children and youth activities and education, and camaraderie. Of course, our primary focus is on veteran’s rights and the concerns for their families. That is why we continue to lobby in Washington for the soldiers of yesterday and the soldiers of tomorrow. The American Legion is a strong and effective voice since we are the largest veteran’s organization.

The involvement in the Pennsylvania American Legion can mean many things to many Legionnaires. The Programs, Committees, and Events that we are involved in is as diverse as: politics and Legislative concerns, Children and Youth programs, Americanism, Legion Baseball, and being involved in the solution for Homeless Veterans.

If you have served during the following dates and were honorably discharged or are still serving honorably then you can apply for membership in The Pennsylvania American Legion.

Joining is easy! Print and fill out the Membership Application and bring the completed form and a COPY of your DD214 to the post. Spouses, sons, daughters and grandchildren may join with proof of veteran's status.
Posted by Hellertown American Legion at 2:22 PM No comments:

Post 397 is in need of members to join our Honor Squad. We do the funeral honors for our departed comrades. We have had a loss of members and our ranks are getting thin.If you have the time and would like to join us please contact John Mulholland at
610-851-3625. John is the Commander of the Post Honor Squad.
Posted by Hellertown American Legion at 5:30 PM No comments: